BACKGROUND :
Bugs Bunny first appeared in the 1940 cartoon "A Wild Hare". A crazy hare character had appeared in a few cartoons prior to "A Wild Hare" (starting with 1938's "Porky's Hare Hunt"), but it is Tex Avery's 1940 cartoon that is considered the first real Bugs cartoon. Bugs became one of the most popular cartoon characters ever created and is still well known to this day.

VARIATIONS :
There are two stem variations of Bugs Bunny C. All the letters are spaced out on one version, normal on the others. Both made in Hungary.

Bugs From Looney Tunes Back In Action 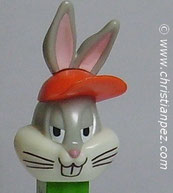 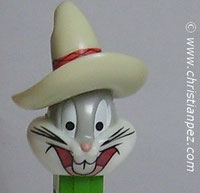 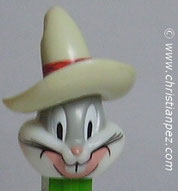