Jiminy Cricket is the Walt Disney version of The Talking Cricket (Italian: Il Grillo Parlante), a fictional character created by Carlo Collodi for his children's book The Adventures of Pinocchio, which Disney adapted into the animated film Pinocchio in 1940. Originally an unnamed, minor character in Collodi's novel, he was transformed in the Disney version into a comical and wise partner who accompanies Pinocchio on his adventures, having been appointed by the Blue Fairy (known in the book as The Fairy with the Turquoise Hair) to serve as Pinocchio's official conscience. Since his debut in Pinocchio, he has become a recurring iconic Disney character and has made numerous other appearances. 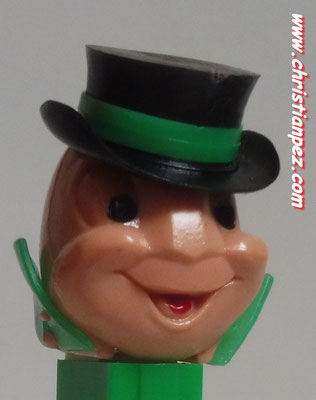