Sylvester J. Pussycat, Sr., Sylvester the Cat or simply Sylvester, or Puddy Tat, is a fictional character, a three-time Academy Award-winning anthropomorphic Tuxedo cat in the Looney Tunes and Merrie Melodies repertory, often chasing Tweety Bird, Speedy Gonzales, or Hippety Hopper. The name "Sylvester" is a play on Felis silvestris, the scientific name for the wild cat species (domestic cats like Sylvester, though, are actually Felis catus). The character debuted in Friz Freleng's Life With Feathers (1945). Freleng's 1947 cartoon Tweetie Pie was the first pairing of Tweety with Sylvester, and the Bob Clampett-directed Kitty Kornered (1946) was Sylvester's first pairing with Porky Pig. Sylvester appeared in 103 cartoons in the golden age.

Tweety & Sylvester both enjoyed successful solo careers before they teamed up to become one of America's most popular duos. Tweety came first in the 1942 release of A Tale of Two Kitties. He was born into cartoon existance as Orson, a small bird with an enormous head! It was in this cartoon that he coined the phrase "I tawt i taw a puddy-tat!!!"

In 1944, the familiar and beloved yellow bird became known as Tweety in Birdy and the Beast.

Sylvester roamed countless back alleys scrounging through rubbish bins & stirring up mischief in the 1945 release of Life with Feathers. But it wasn't until 1947 that the cartoon Tweetie Pie was released - fate had finally bought Tweety and Sylvester together as a house cat and a canary bought in from the cold by a concerned housemistress (Granny). Tweetie Pie became the first Warner Bros. cartoon to win an Oscar!!! 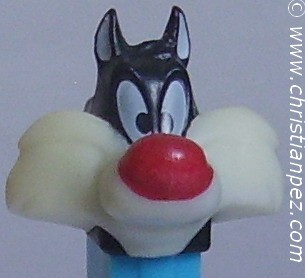 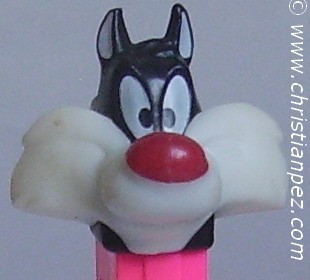 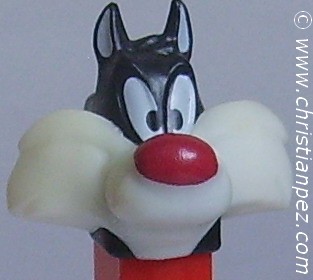