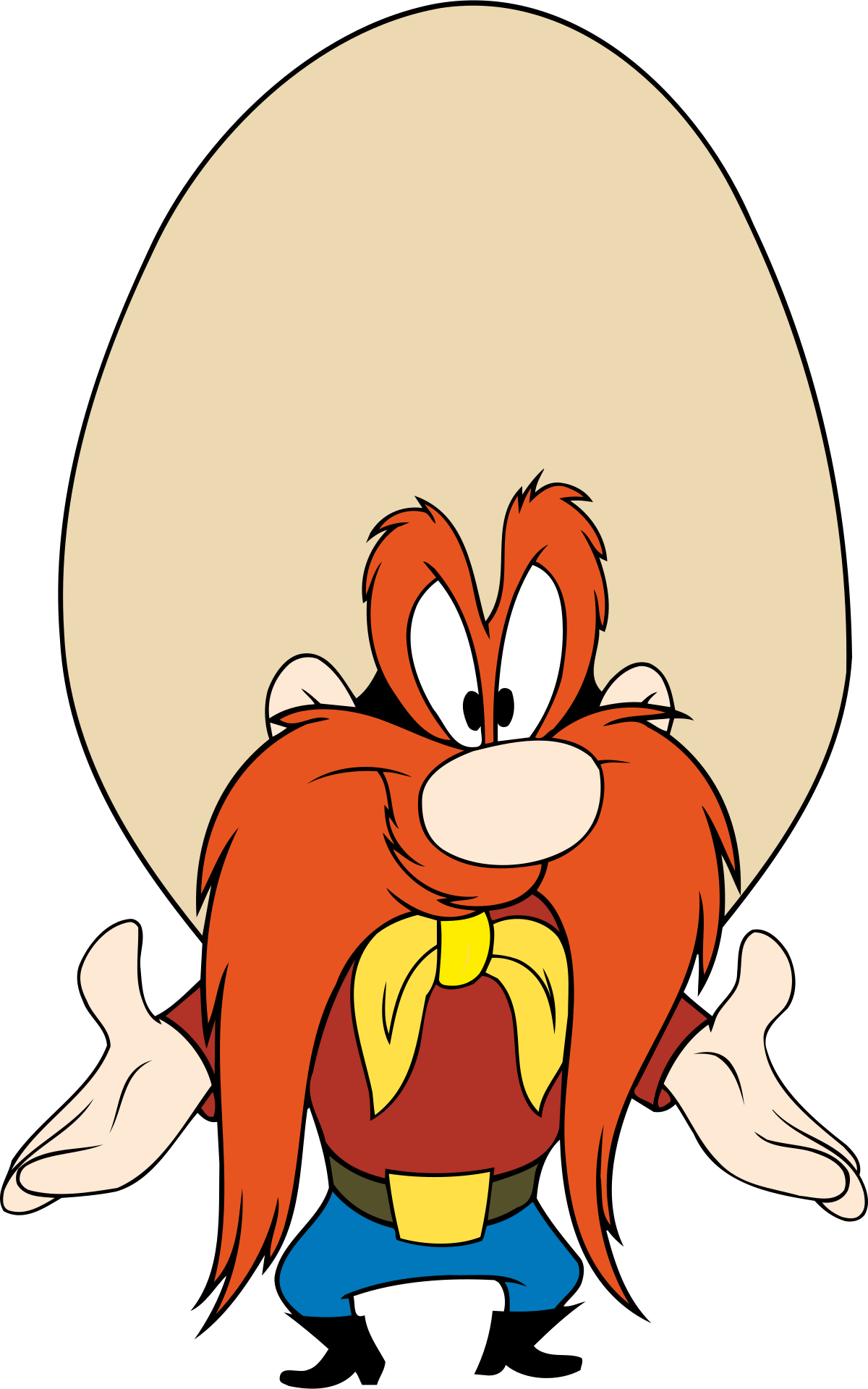 Yosemite Sam is an American animated cartoon character in the Looney Tunes and Merrie Melodies series of cartoons produced by Warner Bros. Animation. The name is somewhat alliterative and is inspired by Yosemite National Park. He is commonly depicted as an extremely grouchy gunslinging prospector, outlaw, pirate, or cowboy with a hair-trigger temper and an intense hatred of rabbits, particularly Bugs Bunny. Along with Elmer Fudd, he is the de facto archenemy of Bugs Bunny. In cartoons with non-Western themes, he uses various aliases, including "Chilkoot Sam" (named for the Chilkoot Trail; Sam pronounces it "Chilli-koot") in 14 Carrot Rabbit (although in the same cartoon, when he tries to gain Bugs Bunny's trust, he cleverly invents alias "Square-deal Sam"), "Riff Raff Sam" in Sahara Hare, "Sam Schulz" in Big House Bunny, "Seagoin' Sam" in Buccaneer Bunny, "Shanghai Sam" in Mutiny on the Bunny, and "Sam Von Schamm the Hessian" in Bunker Hill Bunny and many others. During the Golden Age of American animation, Yosemite Sam appeared in 33 shorts.

The shorter mustache is the non U.S. verion

Sam From Looney Tunes Back In Action